Persian cats are known as furniture with fur. What does that mean? Well, it means they love to lay around and sleep, so they act as decoration. Persians love to curl up and sleep for hours, leaving many owners wondering if that is normal behavior.

Persians are lazy when you get right down to it, but why? They were bred to it.

Persians: bred to be lazy

These cats are sturdy and stocky with short heavy-boned legs. They aren’t like some of their cousins with long legs and lithe bodies. They aren’t designed to run, jump, or climb. Most Persian cats prefer to stay on the ground.

Another fact is that their long, silky, thick fur isn’t made for lots of activity. Persians require human assistance for proper maintenance of their coat. The more active your Persian is, the bigger chance their fur will mat or get dirty.

Persians are low energy animals. They would rather sleep than play and run through the house. They are known as calm and loving. Persians aren’t the type of cat to get wound up often. They will get an attitude if you disturb their nap or if they want your attention right now.

Ancestors raised to be lazy

The Persian breed dates back to the 1600s. It’s thought they came from what was known as Persia. Today, this is Iran. Royals and other wealthy people of the time became enamored with these cats. This popularity resulted in the Persian breed living luxurious lives. So, for centuries this breed lived like kings. They lead quiet, work-free lives. They are still considered a pampered, elegant breed.

Your Persian’s laziness may not be laziness at all. All cats sleep most of the day to conserve energy. In the wild, cats sleep most of the day so that they are ready to hunt at dusk and dawn. So, your Persian may just be following their instincts. The difference between Persians and other cat breeds is that Persians are a pampered breed. They have been for centuries.

Active When You Aren’t Aware

Your Persian may be more active when you aren’t around. I don’t mean that they wait for you to leave a room and jump up to play. What I mean is that a Persian or any cat, is that they are what is called crepuscular. This word means they are active at dawn and dusk. At these times, you may not be near your cat. At dawn, especially, you may be asleep. My cats, will sometimes wake me up with an early morning run through the house.

However, cats can adjust to your schedule. Sleeping during the night with you and staying awake during the day. My cats sleep on a varied program. They wake several times a day and will sleep most of the night.

Just like us cats do age, it plays a massive part in your cat’s activity level. Age plays a significant role in your cat’s level of activity. As your cat gets older they slow down just like we do. It’s typical for a cat’s behavior to change in time.

Persians are considered middle-aged at 7-10 years of age. From 11 -14 years of age, your cat is a senior. Napping at this age becomes more pronounced. You may find your Persian’s sight and hearing diminish as well. This fact doesn’t make your fluffy Persian any less loveable.

Though it’s normal for your Persian to be lazy, health issues can be to blame. Persian parents should be aware of what is abnormal behavior. Knowing this will tell you if your cat is sleeping more than they should and the possibility that it might be a health issue. You need to be diligent with your Persian considering they are a breed that loves to sleep.

Your cat is sleeping too much

Persian cats sleep 12-16 hours a day. Kittens and elderly cats can sleep up to 20 hours a day. If your Persian sleeps more than usual, it might indicate a problem.

It isn’t easy to know why your cat is sleeping more than average. Watch for other symptoms that can indicate what the problem is.

If your cat has limited mobility it’s often confused with laziness. Older cats can have arthritis, which is caused by joint inflammation. This infliction causes pain for a cat with this infliction so they slow down and won’t move. Other signs of arthritis are stiffness, limited flexibility, and joint swelling.

Your cat may be bored. Cats are independent creatures, but that doesn’t mean they don’t want interaction with their people or other pets. An understimulated cat may use sleeping as a way to fill the empty void. Not only can under-stimulation cause your cat to sleep more, but it can also cause depression. Depression can include a change in eating habits, sleeping patterns and can be accompanied by anxiety.

To fix boredom, you can do something as simple as spending time with your cat by grooming, playing, or cuddling. Buy some new toys, something that your cat can entertain themselves with when you are gone. If you Persian likes watching birds and squirrels out the window, you can invest in cat seats where your cat can sit and look out the window.

This article talks about Persians being lazy. You can say that, but cats of all breeds are known for sleeping hours on end. So, calling them lazy seems a bit rude. They are a breed of cat that may sleep more than other species because of their breeding and training over the centuries. 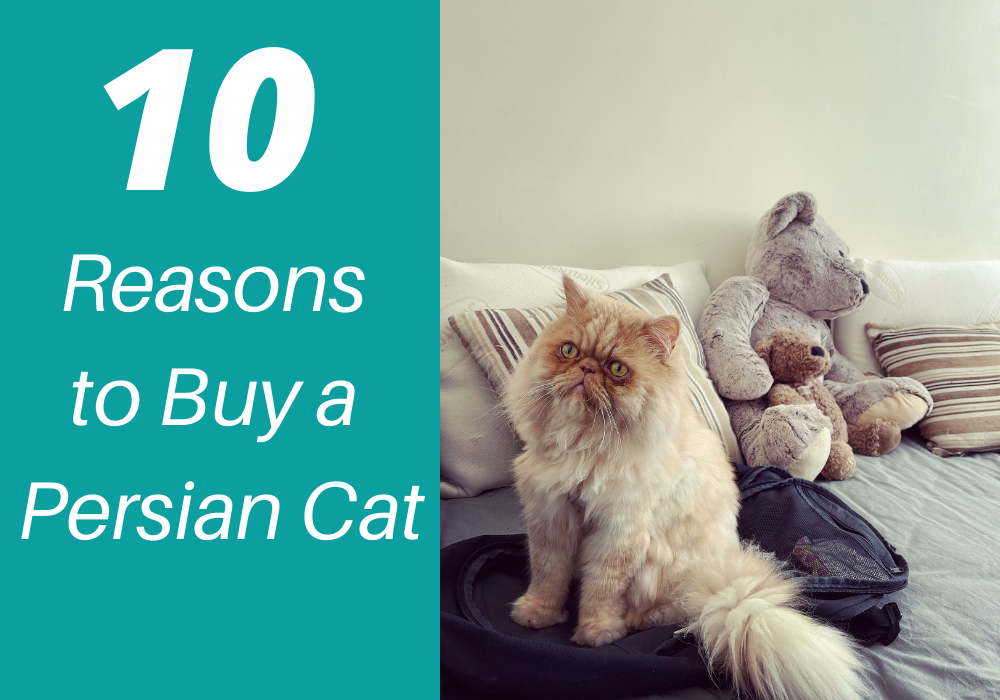 10 Reasons to Get a Persian Cat

So, you’re thinking of getting a Persian. In this article, we’ll look at the ten best reasons to get a Persian cat. Hopefully, these reasons…

Read More »10 Reasons to Get a Persian Cat