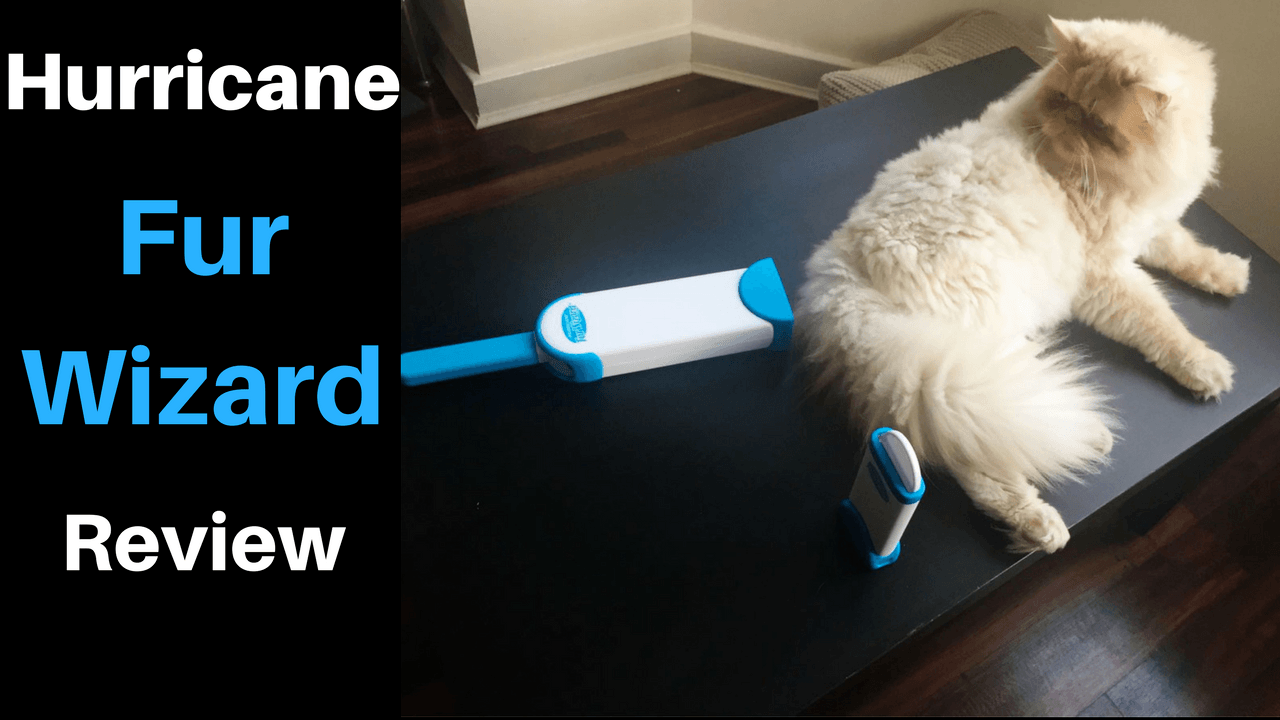 As you will be well aware there is a major downside to owning a long-haired cat or dog and that is the fur control.

We’ve all been there, you get your favourite jacket out of the wardrobe to discover it’s covered in fur if you’re like me and most other cat owners you’ve probably used a lint roller to remove the hairs and fur.

Lint rollers are quite effective at what they do but they’re also a bit of a pain really. You have all the paper to dispose of and they don’t last very long in general. I was using at least one lint roller every single week and I then had a lint roller in my car. It’s amazing how pet fur seems to follow you around, despite my best efforts to keep my car interior clean the hair always seems to follow me into the car and a clean pair of black pants can soon be covered in fur.

You may or may not have heard of the Hurricane Fur Wizard, it’s been featured on TV quite a few times and it was a product that certainly caught my eye when I saw it.

What Is The Hurricane Fur Wizard?

You’re probably thinking to yourself what on earth is the Hurricane Fur Wizard it sounds like something out of a sci-fi movie!

It’s a reusable brush for removing fur, you’ve probably guessed that by now though.

The brush basically has thousands of micro bristles that collect fur from clothes, carpets and furniture.

Once the brush head is dirty you insert it into the base and pull it out (it’s a bit stiff and takes a bit of pulling out) this then removes the dirt and you’re good to go again.

The important part is that you brush in the direction of the arrow if you don’t the brush isn’t effective at all.

You also get the smaller travel sized version, which works on the same basis although it isn’t detachable as per the full sized version.

Whats In The Box? 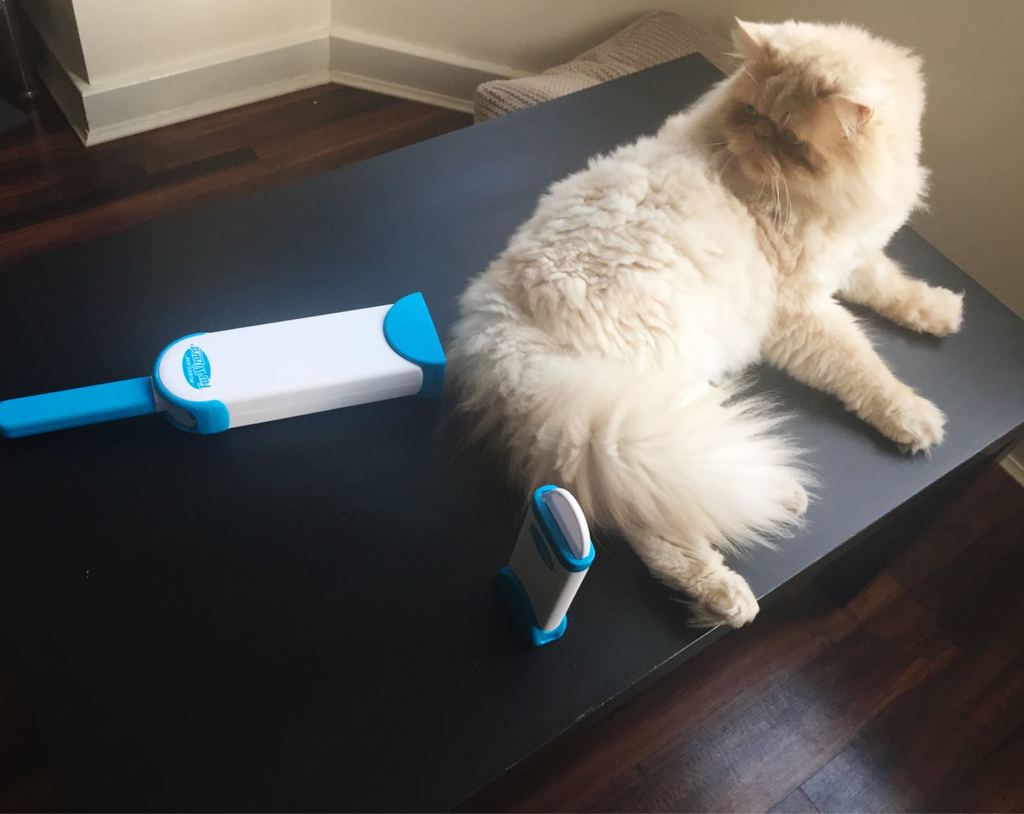 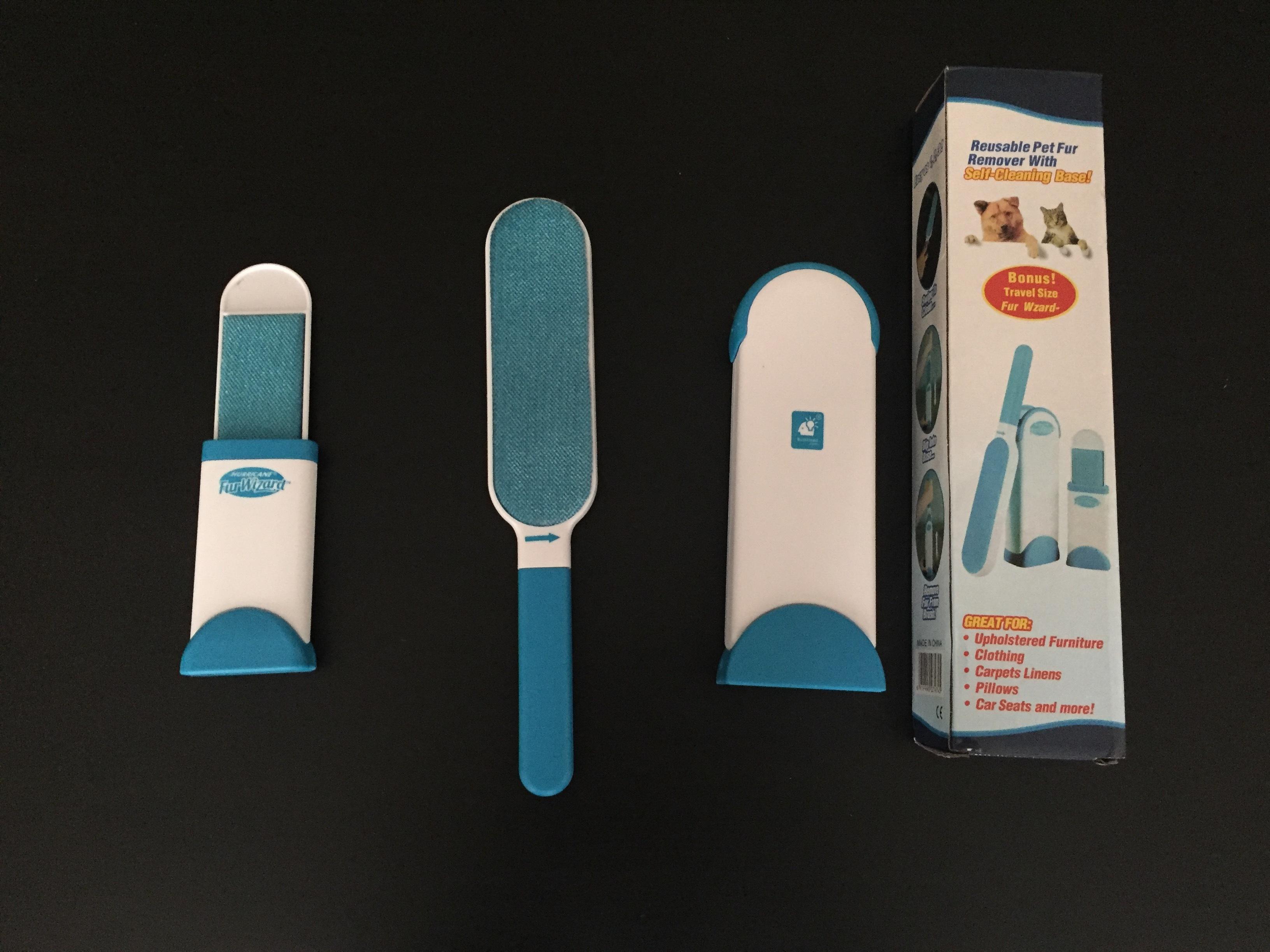 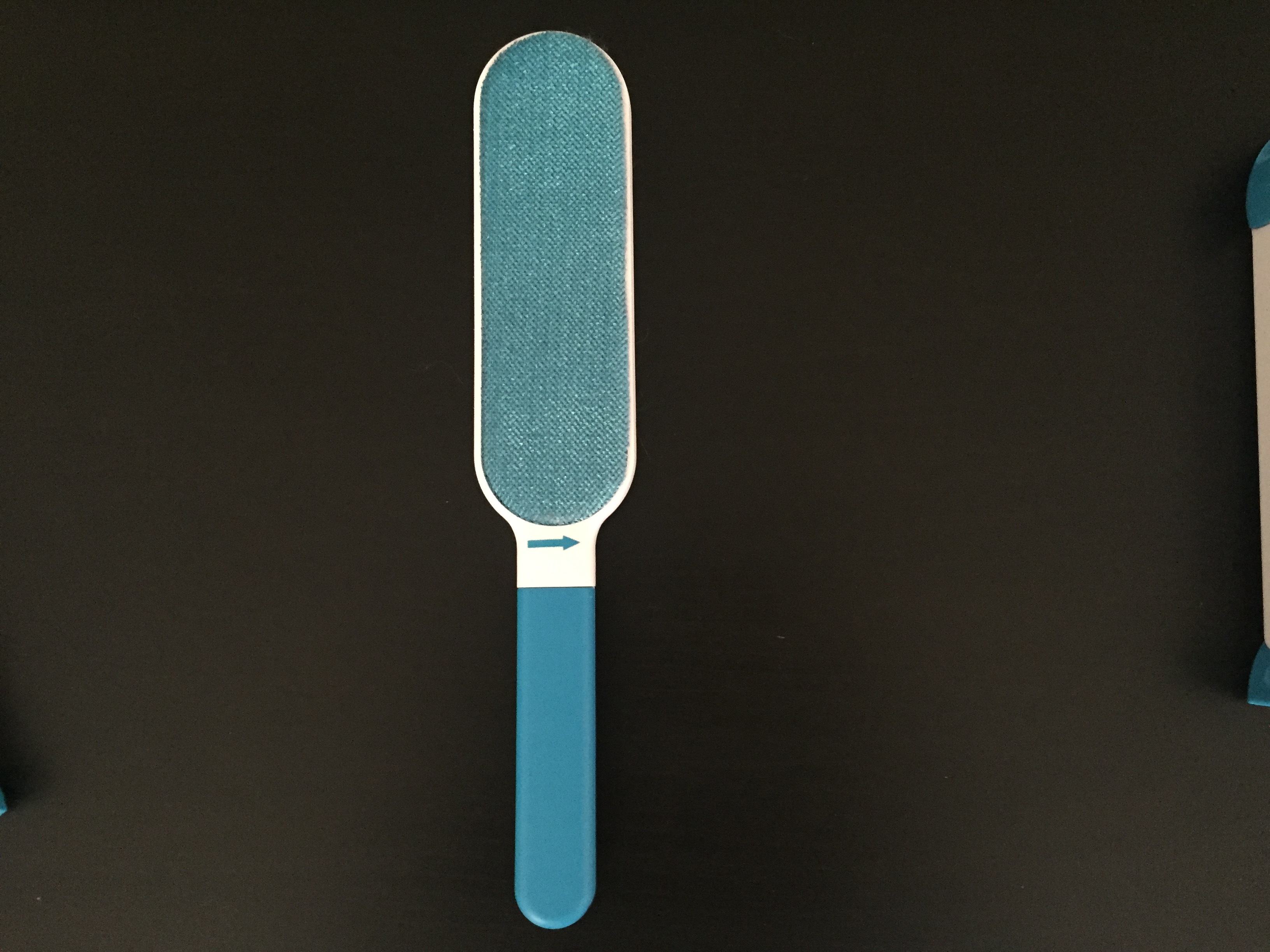 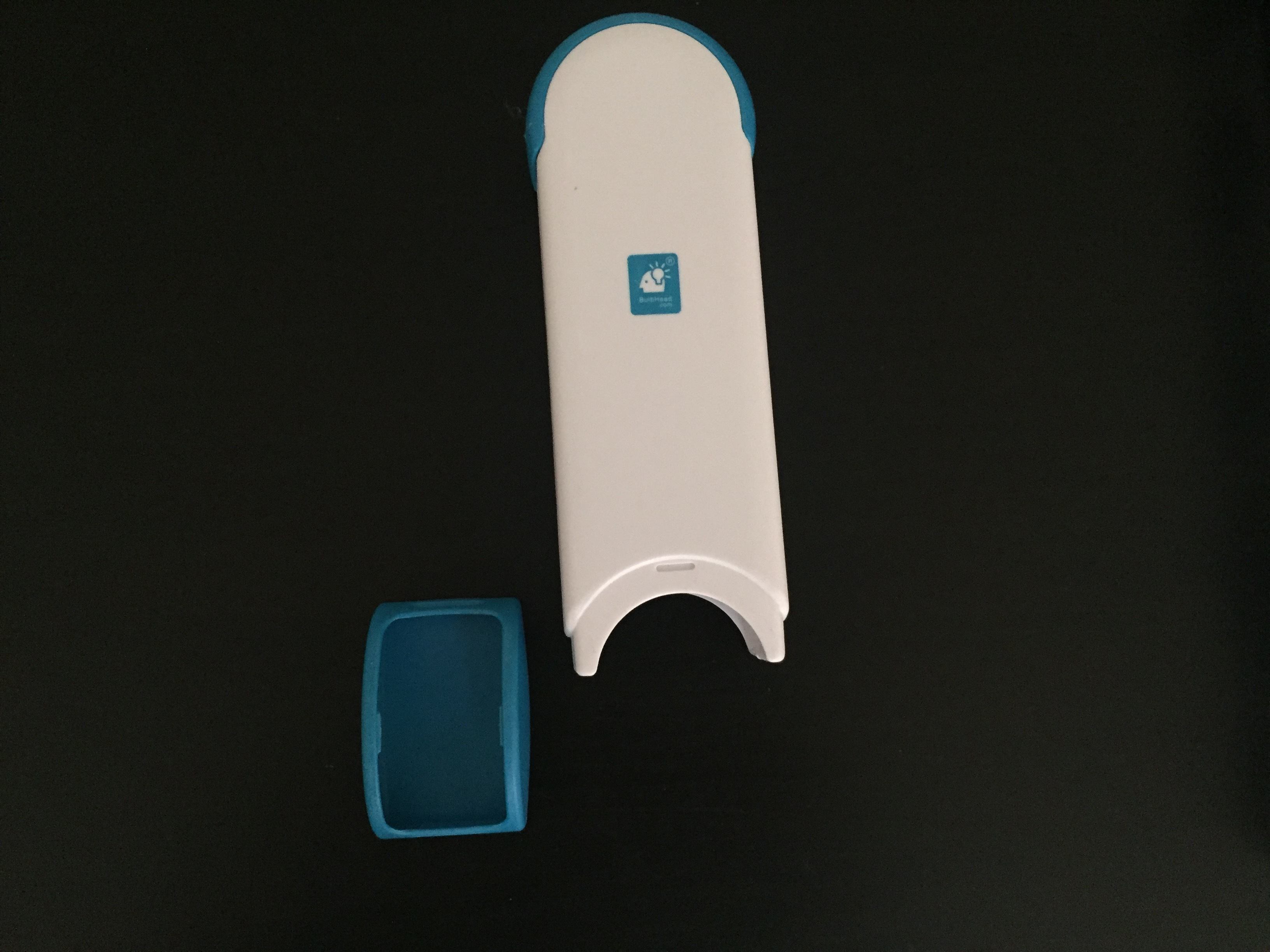 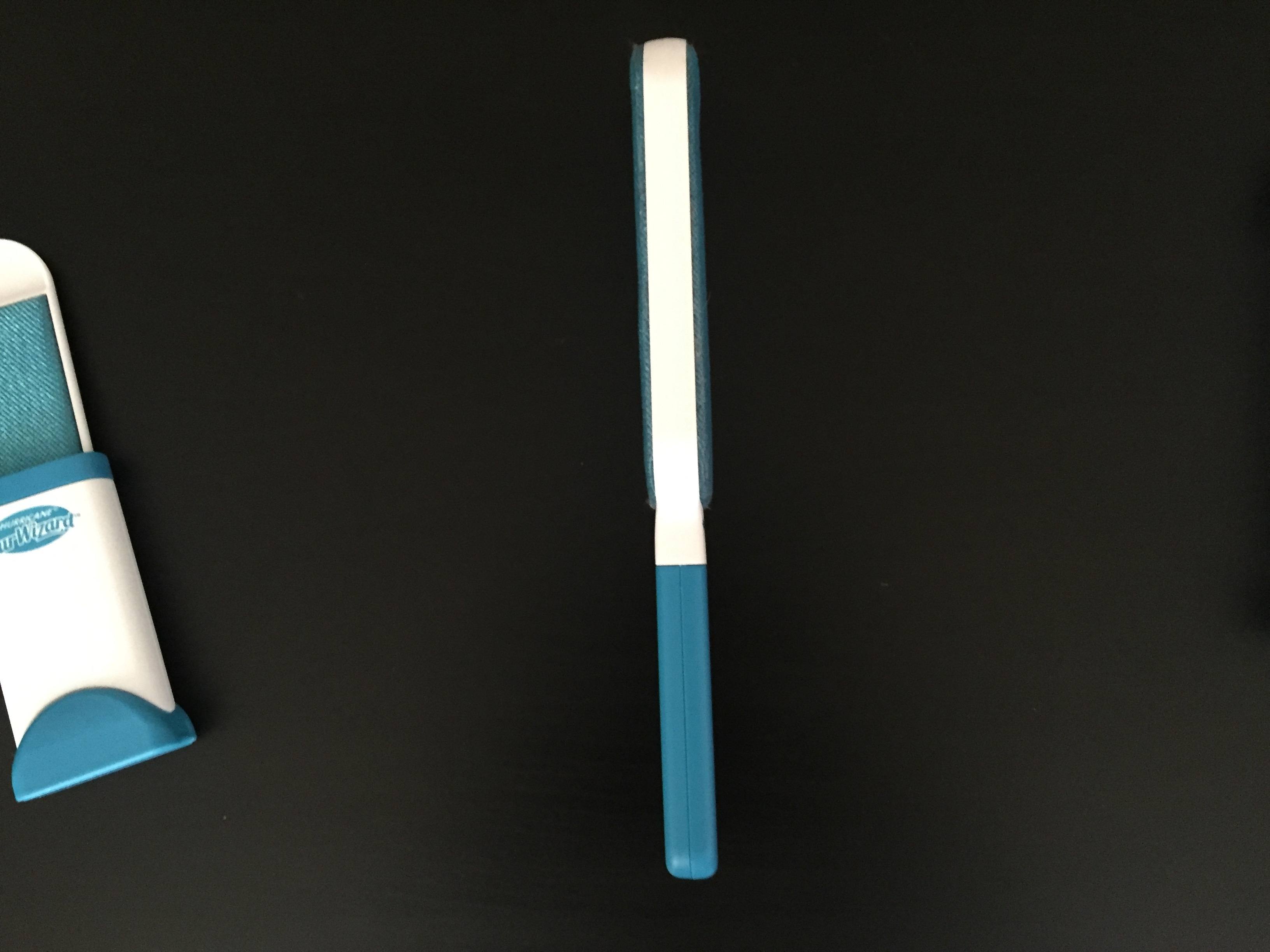 This is the important question, I’ve got to be honest I read a lot of the reviews online about this product and there were a lot of mixed reviews some people said it was a poor product and others said it was good.

I knew I had to buy one and experience it for myself, my own verdict is that it’s a decent product that gets the job done. It’s actually better than I was expecting (I wasn’t expecting much really).

It’s certainly as effective as a ​lint roller I would say on most items. Obviously, you don’t have the waste or the ongoing costs of buying lint rollers all the time.

The larger brush is more effective than the travel sized version but this smaller version is OK to just remove small amounts of fur.

The cleaning base isn’t quite as effective as the TV advert would have you believe, don’t get me wrong it does work but it doesn’t always remove all the hair and fur. Sometimes you need to push it in and out multiple time for it to clean the brush fully.

It’s also very stiff to pull out of the cleaning base which has been noted on quite a few of the reviews online.

The main advantages of the Fur Wizard are the fact that once you purchase the item you’ve no ongoing costs as you would with a lint roller. There’s also less waste as you don’t have the paper to dispose of.

The Fur Wizard is as effective as a lint roller or any other fur removing device I’ve come across but it isn’t perfect.

The convenience factor of the fur wizard is something that appeals to me, it’s always available to use. What I mean by this is you don’t need to replace rollers or cartridges. I remember many times when I’d used my last lint roller and had to head to the shops to buy another, this will be a thing of the past with the fur wizard.

There are some disadvantages with this product as mentioned above I find that the cleaning base doesn’t always clean the fur from the brush as effectively as you’d like it to.

Overall, it’s decent but doesn’t remove all the fur as you’d want it to, you find that you’re brushing over the same areas quite a few times to get them clean.

I do also question how long the brush will last it doesn’t look to be built from the best quality plastic and there were some reports online that the handle had snapped in some instances.

I suppose time will tell with this and I will be sure to update you if this happens to me.

In the video below I did a demonstration of the fur wizard in action for you so you see for yourself how effective it is at removing fur from clothes.

As I said in the earlier part of this review I wasn’t expecting miracles with this product and I thought even if it works 50% as good as advertised then it will be worth buying. I can add that it works better than that but isn’t perfect by any means.

If you manage your expectations of the Fur Wizard and expect something about as good as a decent lint roller without the waste and ongoing expense then that sums this product up. You will however, need to keep brushing over the same areas to achieve this kind of result. It isn’t a one brush clean as the advertising would have you believe. I’m always a bit dubious of the “as seen on TV” products somehow they never live up to their hype.

If you have multiple cats and dogs then it might not be as effective as a lint roller, I’ve only tested it on items of clothing that have some fur on but aren’t completely covered in fur. This could be a different story then.

I think for any Persian cat or long-haired pet owner for the price it’s a no-brainer really. It won’t take long until you’ve recouped the purchase price of this product and you start saving on Lint Rollers. 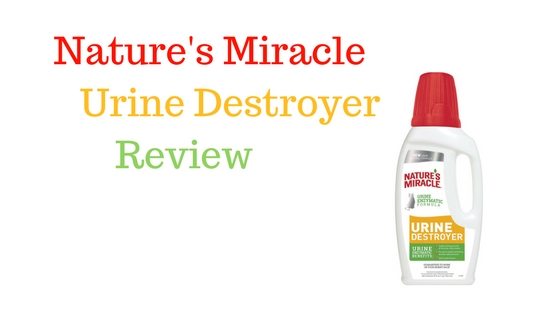 Our blog is reader-supported, if you purchase any products through the links below we may receive a small commission. Learn more As a cat owner…