Do Persian Cats Meow A lot? 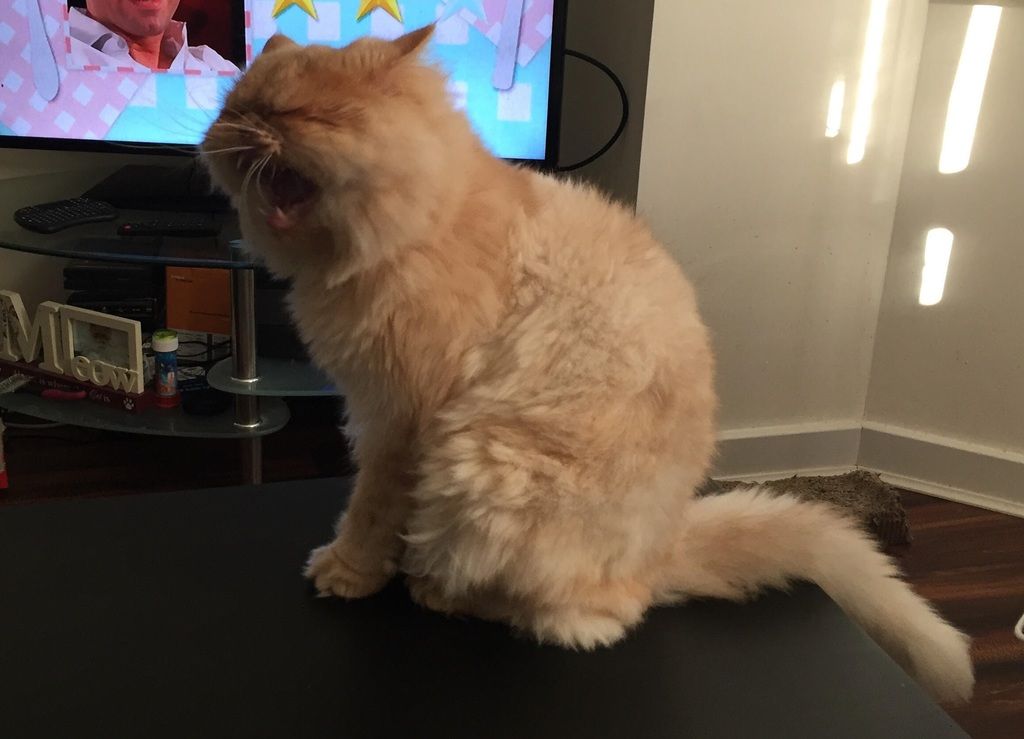 If you’re looking at buying a Persian cat then it’s often a good place to start by learning some of the characteristics of this amazing breed.

Constant meowing can become annoying to not only yourself but also your neighbours, especially if you live in an apartment.

I know before I bought my Persian kitten I wondered how vocal they were, I’d heard of certain breeds been more vocal than others. I’d heard that Siamese cats and Bengal cats could be particularly vocal but there wasn’t much info on the Persian cat.

My Persian cat Milo can be very vocal at times especially when he wants something.

He can then be very quiet for long periods of time, although as we approach spring here in the UK this is becoming less and less.

I’ve been asked if Persian cats meow a lot quite a few times by people and my answer is usually it depends!

There are several factors which make them more vocal than other so it isn’t as simple as a yes or no.

Why Do Persian Cats Meow?

Cats will generally all meow for similar reasons and the Persian is no different. However, there are a few reasons why my Persian cat meows a lot.

Wanting To Go Outside

When Milo was a kitten we let him out in the garden a few times and this has created a bit of an issue as he always wants to go outside now!

If we open the windows in the summer he will sit on the window sill and meow until we let him out in the garden. He’s an indoor cat as I think all Persian cats should be, they’re just better suited to an indoor lifestyle than an outdoor one.

We do, however, let him go outside in the garden under supervision when the weather is nice and he absolutely loves it. The downside is he will meow and meow until we let him out (I can’t help but think this is self-inflicted on our behalf). Some cats are perfectly content being indoors if they’ve never experienced the outdoors but once you let them out they get a massive desire to explore the outdoor world and why wouldn’t they as this is a cat’s natural habitat.

My other cat Teddy who’s a British Shorthair doesn’t have this huge desire to go outside. He will often come straight back in after been outside for a few minutes.

If Milo is bored he becomes much more vocal and often he will start meowing or chasing Teddy!

This is a trait of most cats so it’s important to interact with them and play with toys to reduce the meowing.

If your cat is hungry then they will meow, this is obvious I suppose. Milo will often come into our bedroom on a morning and meow when he’s hungry. This can be as early as 6 am and it tends to be on a weekend! Of course, he does this to let us know he wants feeding.

Excessive meowing can be a cat’s way of telling you they’re ill. Cats are notoriously good at hiding illnesses and will often meow when they’re in pain. If your Persian cat suddenly starts meowing excessively and they’ve previously been fairly quiet then this is a cause for concern and I would get them check over by a vet as soon as possible.

Can You Reduce Your Cats Meowing?

If your Persian cat is meowing a lot then you may be able to reduce the meowing depending on what the reason is. If they’re ill then getting them treated by a vet will reduce this.

There’s no way to reduce meowing completely as this is perfectly normal behaviour by a cat and should be expected before you enter into cat ownership but excessive meowing is a different thing.

If you interact and play more with your cat then this will reduce some of the noise as they will be preoccupied playing.

I recently reviewed a toy called the Frolicat Fox Den and every time Milo meows I turn this toy on and he stops meowing. So I think a lot of Milos meowing is down to boredom. My girlfriend and I have made a conscious effort to play with him more.

It can be a challenge when you have more than one cat to keep them both entertained especially if they don’t play with each other much.

The Persian cat isn’t the most vocal cat but it isn’t silent either. I would say they’re moderately vocal and this isn’t just based on my own experience this is based on speaking to quite a few Persian cat owners.

My Persian cat Milo is considerably more vocal than my British Shorthair Teddy. There will, of course, be exceptions to the rule.

A bit of meowing can actually be a nice thing, you strangely live to enjoy it.

1 thought on “Do Persian Cats Meow A lot?”